Jason Long is a composer, sound artist, researcher, and educator from Christchurch, New Zealand. He completed a PhD in sonic engineering at Victoria University of Wellington in 2018, and carried out undergraduate studies at the University of Canterbury, and the Utrecht Higher School of the Arts, the Netherlands, as well as a Masters Degree in Composition at the Tokyo University of the Arts, Japan. His research interests include composition with musical robotics, digital and analogue synthesis and signal processing, and sound design.  His musical works have been featured internationally at festivals such as the ACL, ICMC and ISCM, and his peer-reviewed research has been published internationally at conferences such as NIME, ISEA, ICMC, ICARA, IROS, and in books by Springer, Oxford University Press, and Cambridge University Press, among others. He is also the founder of AvonSynth, a modular synthesizer manufacturing company based out of Christchurch. https://sounz.org.nz/contributors/1796

Chris Gendall has served CANZ as President and Treasurer. An active composer, his  works have graced the programmes of the New Zealand Symphony Orchestra, Neue Vocalsolisten Stuttgart, NZTrio, Mark Menzies and the Christchurch Symphony Orchestra, Saar Berger, and the New Zealand String Quartet. He studied composition at Victoria University of Wellington before completing a doctoral degree at Cornell University with Roberto Sierra and Steven Stucky. He has participated in a number of festivals and conferences including the Wellesley Composers’ Conference, the Aspen Music Festival, the Royaumont Voix nouvelles Composition Course, and the Aldeburgh Festival – bringing him in contact with such figures as Magnus Lindberg, Brian Ferneyhough, Mario Davidovsky, Oliver Knussen, and Anders Hillborg. Chris was a 2018 Civitella Ranieri Fellow, Mozart Fellow at the University of Otago, and resident composer with Orchestra Wellington and at the New Zealand School of Music. He won the 2008 SOUNZ Contemporary Award for his work Wax Lyrical, and his debut portrait album Tones was released on the Rattle label in 2019. He teaches composition at the University of Auckland. chrisgendall.com

Composer and bass player Simon Eastwood has a diverse practice, including orchestral and chamber works, electronic pieces, and improvisation. His current work revolves around exploring interdisciplinary collaboration through personal interpretation.
In 2021 he completed a DMA from the New Zealand School of Music, and in 2012 he recieved an MMus with distinction from the Royal Academy of Music in London, where he studied composition with David Sawer and Sir Peter Maxwell Davies among others. Eastwood has attended residences and festivals in Dartington, Bulgaria, Estonia, Alaska, Austria, Turkey, and Lithuania. His works have been performed around the world by artists including, Franck Ollu, Martynas Levickis, CHROMA, Christopher Redgate, Stroma, Ensemble Gô, Rubiks Collective, Corvus, the New Zealand String Quartet, New Zealand Symphony Orchestra, and The BBC Singers. simon-eastwood.com 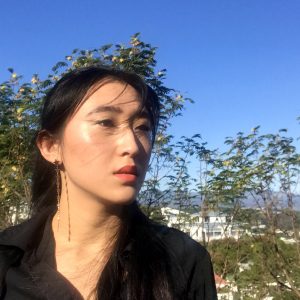 Kassandra is a Wellington-based musician exploring interactivity, accessibility, and story-telling through music. She is a staunch advocate for creating welcoming communities and amplifying underrepresented voices. Kassandra recently graduated from Te Kōkī – New Zealand School of Music, where she co-founded Sounds of Te Kōkī, a concert series of student and recent graduate compositions that champions diversity and cross-disciplinary collaboration. 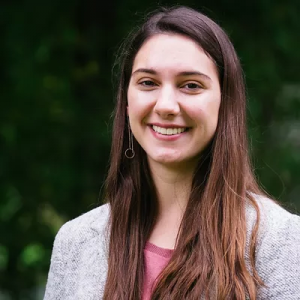 In 2017, Rosa was recognised as a winner of the New Zealand Trio Composition Competition for her piano trio ‘Voices of the Air’. Rosa has since won two Douglas Lilburn Composition Prizes for her works, ‘Landfall,’ for solo percussion, and ‘What Have You Done to Your Rivers?’ which will be recorded this year by the NZSO as part of the NZ Composer Recording Sessions. Rosa is also interested in sonic arts, and was a composer and performer for the Word Festival performance, ‘Free Radicals’, for her piece for women’s choir and fixed media. https://www.rosaelliott.com/ 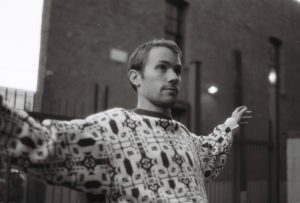 Elliot Vaughan is an experimental music composer and performer. Following fifteen years studying and freelancing in Canada, he now lives and works back in Aotearoa, where he grew up. His diverse output includes composed theatre and performed installation as well as functional, pop and concert music. Through it runs a focussed interrogation of the frame of music performance, borrowing the co-collaborative and interdisciplinary apparatus of theatre. There is an aesthetic link too, where beauty and romance never quite transcend the absurd. http://www.elliotvaughan.com/

Sasha Leitman is a sound artist, composer, inventor and educator from California. She has been making musical instruments, new interfaces for musical expression and sound art installations for the last 20 years. Her work often features elements of field recordings, found objects, DIY craftsmanship, underwater sound and physical play. After spending over a decade teaching courses and managing the Max Lab – an Interface Prototyping Lab, at Stanford University’s Center for Computer Research in Music and Acoustics (CCRMA), she decided it was time to try out the other side of the Pacific. She is currently working towards a PhD program in Engineering and Computer Science at Victoria University of Wellington, New Zealand where she is exploring the design of computer music controllers inspired by auditory resonance and the nuanced control of acoustic instruments. More information can be found on my website, http://sashaleitman.com.